In the Name of Jesus. Amen.

How many of you like football? Imagine a game of football where no one was playing by the rules. It would be chaotic. That’s why in football, there are penalties for breaking the rules. The same is true in the game of life, and this is illustrated in our Old Testament Lesson.

Isaiah prophesied during a time of prosperity, the likes of which no Israelite had seen since the time of Solomon. Riches flowed into their land because of a post-war boom. But with that prosperity came great moral decay and spiritual corruption. Israel and Judah ended up trusting in their prosperity, instead of in the Lord. They paid the Lord lip-service, and then worshiped like pagans. So, Isaiah proclaimed the Lord’s judgment and destruction. Israel and Judah would go into exile.

And then we come to our text. Isaiah proclaimed a message of comfort to the exiles languishing under pagan oppression. “Say to those who are of a fearful heart, ‘Be strong, do not fear!'” (v. 4) God recognized that his exiled people had lost all hope. Had God abandoned them to their enemies? Help and encouragement were desperately needed. The Lord wanted them to hear his message. There was no need to fear. At just the right time and in the best way, God would fulfill his promises to his people. With what words does Isaiah comfort God’s people? “Your God will come with vengeance and with terrible recompense.” (v. 4). Isaiah is addressing the exiled Israelites, so the recompense and vengeance he’s talking about is scheduled for their pagan captors. That raises an interesting question: how did Israel get off the hook? Given how heinous their rebellion was, to the point of offering infants as burnt offerings, why isn’t God coming to exact vengeance upon them?

I. Getting What’s Coming to Us

What’s the deal with this “recompense” stuff anyway? Well, we recognize that sports, like all games, are run by a set of rules. We also expect that those who are playing a game, like football, not only know the rules, but also follow them. This is why disputes sometimes break out, often with players arguing with the referees. Number 6 was holding. Number 28 committed a personal foul. He was out of bounds. When someone is caught cheating we get justifiably angry. When it comes to sports, we ought to have a sense of “fair play.” And we try to cultivate that sense of fair play when we teach sports to our kids. 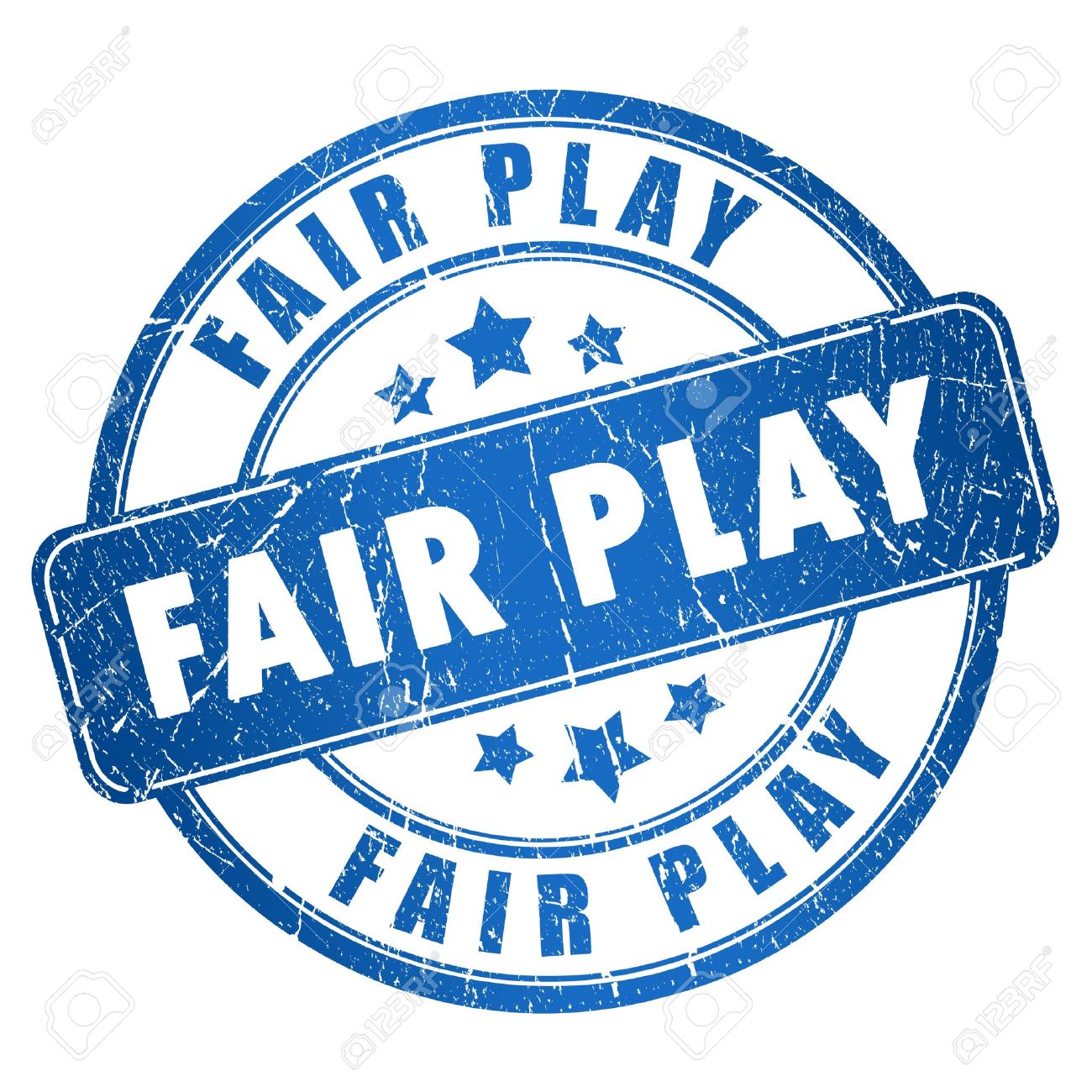 But that sense of “fair play” isn’t limited to sports. We experience it in everyday life as well. Duringa game, if there is a dispute, don’t we often consult a rulebook? The rulebook is the standard for how to play the game. When we argue with other people we often appeal to some “standard of behavior”—some rule for how people should behave: some innate sense of “fairness”.

Rules imply a rule maker. Someone who has invented the game. That rule maker is God. He has given a summary of his rules in the Ten Commandments. Sin is breaking God’s rules and he takes his rules, his Law, very seriously. He will see to it that both the righteous and wicked get what’s coming to them. God will right every wrong. Every injustice will be corrected. Isaiah is saying that God is coming to make sure all wrong doers are duly recompensed, that they get what’s coming to them.

Isaiah spends many chapters citing Israel and Judah for breaking the rules. Their sin was far more serious then they realized. They should get what’s coming to them. Yet who else are the wrong doers? Not just them, but us. All of us, no matter who we are guilty of breaking the rules. God’s rules. The penalty for our sin is not are, are five-minute trip to the penalty box. In the professional sports, sometimes a player will do something so bad, he will be hit with millions of dollars in fines. Like Israel and Judah, we have broken God’s rules deliberately, often, and without remorse. It is like we have been fined more money they we could ever pay; a fine that will kick us permanently out of the game. We owe God our undivided love. Instead, like Israel we love ourselves more than him. We are to love our neighbours as ourselves. Instead, like Judah, we care only for ourselves. Like Israel, we have ignored God’s messengers. Our debt to God keeps accumulating. It is a crushing burden, and there is no way for us to pay it! Isaiah’s message is that in this chaotic world filled to the brim with our own rebellion, the only fair thing is recompense – to get what’s coming to us.

II. Not Getting What’s Coming to Us

That’s why the question we raised about Israel also applies to us: why isn’t God coming to exact vengeance upon us? I mean, surely, we sin just as much as non-Christians? Technically, because we should know better and because we have the Holy Spirit, we sin even more than they! But remember, Israel was God’s people. That was His team and he was committed to keeping them that way. He had gone to great lengths to bring them through the water of the Red Sea, not that they would die or be condemned, but to save them. It’s not about what they, or we, deserve, it’s about the merciful generosity of our God.

Notice, in our text, that Isaiah doesn’t just end with the Almighty Judge coming to recompense the wicked. He says, “He will come and save you.” (v. 4). God himself intervenes, he comes personally to the rescue and acts on our behalf to redeem his distressed people. God has seen our weakness and our fear. He has heard our cries and pleas for mercy and saved us. He has gone to great lengths to take us through the waters of our baptism, not to judge us with vengeance but to save us with mercy. We are his team, He is committed to us, as his new Israel.

Isaiah told the exiles that God will come to save them. But, not JUST them. Now we too, the new Israel can now say, God has come to save us. Jesus of Nazareth is God in human flesh. He loved God with his whole heart. He loved his neighbours as himself. He kept God’s rules perfectly. Even though Jesus was perfectly innocent, he was brutally executed as a common criminal. He did this voluntarily. Out of his immense love for us. Even though you have broken all the rules, and know just how guilty you are, even deserving punishment far worse than your enemies, you can point to the Cross and say, “BEHOLD! Here is your God!”. The terrible recompense of God that we deserved was paid by him. Instead of getting what’s coming to us, Christ gets what’s coming to us! He paid that fine that would have kicked you permanently out of the game. The payment was not with gold or silver, but his innocent precious blood and death. By his death on the cross, Jesus made the reparation payment on your behalf. He offers you the forgiveness of all your sins. That is why Israel didn’t get what was coming to them. And that is how God came and saved you at just the right time and in the best way.

Not only that, Christ has defeated death itself when he rose again and walked out of the tomb. Like that preview of the big game next Sunday, Jesus ministry in our Gospel lesson is a trailer, a preview of the future, and that means the best is yet to come. There will again be a time when all weeping, all ailments, all death will be banished forever. He promises that when he comes again, instead of an unfair world where no one obeys the rules, we’ll have a world where fair play has been restored.

Thank God that Jesus has made the reparation payment for us. He paid our fine. Because he got what was coming to us, he now comes to us in mercy through his preached word. Even though you once were his enemies, now you are his friends, even team mates. And so, every week we come with our failures, guilty for having broken the rules, again, and again. Yet here today, once again God comes personally to save you. He refreshes you with his grace, the same grace which you were given in baptism. He rejuvenates your tired worn out souls, not with recompense or vengeance, but with the forgiving and life giving, strengthening body and blood of Christ in communion. Here and through faithful churches everywhere, he releases prisoners from their spiritual exile, opens the eyes of the spiritually blind and the ears of the spiritually deaf so that they might hear the gospel, turn and be forgiven. Here he makes his new creation.

And may the peace of God which passes all understanding keep your hearts and minds in Christ Jesus. Amen.